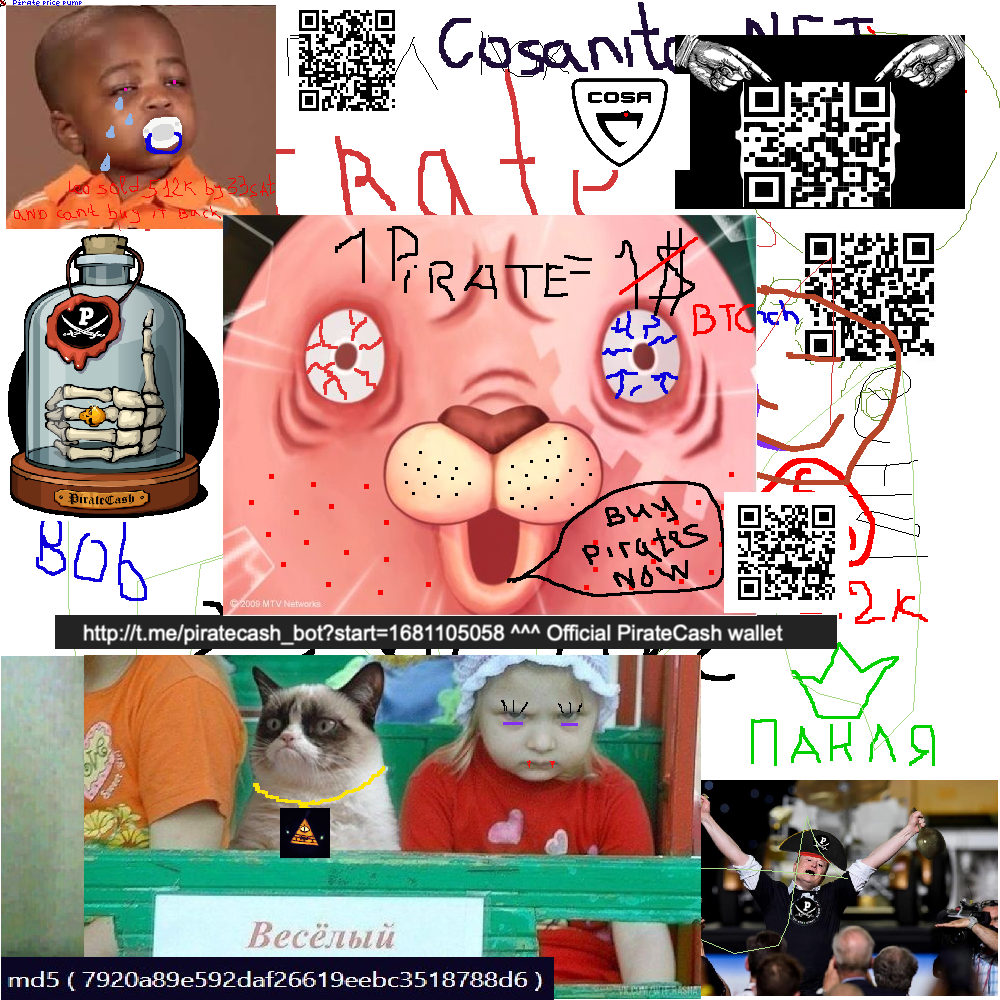 Pirate ART is an online canvas where for a small amount of PirateCash you can draw whatever your heart wishes. A few weeks after the release, this graphical tool became the scene of battles in the pixel space: someone publishes referral links in the form of QR codes, someone draws additional dots on top so that the QR does not recognize the scanner.

The project, created by the PirateCash dev team, was appeared under the influence by the large-scale multi-user project "satoshis.place". It should be noted that the users of the project from satoshis were limited in the color palette and the inability to upload ready-made images, while in Pirate ART this problem is absent. Moreover, on satoshish there are problems with the difficulty of setting up the lightning protocol for payment and with the high cost of Bitcoin, as well as the use of only one Bitcoin currency. In our project, payment is now available using the PirateCash ecosystem, and in the future the ability to use payment instruments such as Bitcoin, LiteCoin, Dogecoin, Dash and Zcash will be expanded.

Users can "paint over" the whole site. This is possible thanks to online payment technology for PirateCash or fast payments via @piratecash_bot.

After you have paid the bill for the image, you can notice not only the update on the Pirate.Place portal, but also receive a notification on the official telegram groups PirateCash (ENG) and PirateCash.Net ☠️ Official chat RU

We plan to use part of the image as an advertising platform in an online game that is being actively developed - Loongoliers.

Pirate ART not only shows the power of technology, it also creates an eternal war for pixels, in which the cryptocurrency industry is “boiled”.

Due to the lack of space, it all comes down to battles for pixel territory: everyone defends "their own pixels" from other users who want to draw something of their own on top.

Many users compete for artboard space to showcase ads or referral links, but there are other, more tactical battles developing on Pirate.Place.

We continue to make PirateCash better.